Finally, the wait is over as Tony Award nominee Alexander Gemignani comes to Broadway to star in the classic musical hit My Fair Lady. He will be starring as Alfred P. Doolittle. This is coming off the back of Danny Burstein, the six-time award nominee calling time on playing the role towards the end of April 28.

The first Tony nomination for Mr. Gemignani came in 2018 for his role in Rodger’s & Hammerstein’s Carousel as Enoch Snow. He has also starred in several Broadway hits like Chicago, Violet, Sweeney Todd, and lots more. 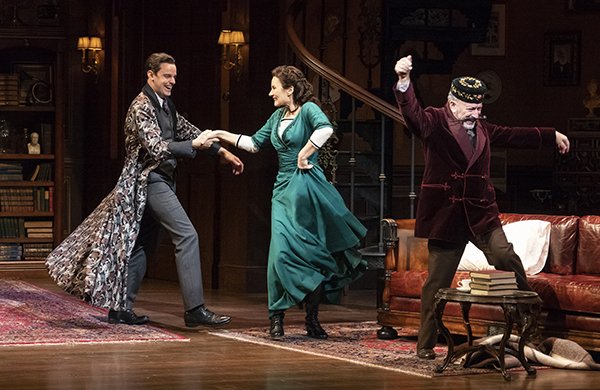 Tony Award winner Bartlett Sher directs my Fair Lady. Ahead of its official unveiling on the 19th of April, the show first previewed on the 15th of March, at the Vivian Beaumont Theater.

Guests will love the musical features the show guarantees. Timeless classics like “The Rain in Spain,” “I Could Have Danced All Night,” “Wouldn’t It Be Lovely,” and a whole host of other classics. Frederick Loewe and Alan Jay Lerner coordinate all of the musical features.

The story is an adaptation for George Bernard Shaw’s play, and Gabriel Pascal’s motion picture Pygmalion. We follow the charming tale of a young Eliza Doolittle who after taking speech lessons from phoneticist professor Henry Higgins, attempts to pass a lady.

This Lincoln Center Theater production highlights the first Broadway revival in more than two decades. The musical first came into the limelight back in 1956, and it took home six Tonys the following year including “The Best Musical Award.” Hopefully, the Broadway musical in 2019, will attract the same acclaim as its premiere in 1956.

Got something to say? Cancel reply